The 2015 U.S.-China Climate-Smart / Low-Carbon Cities Summit, called the U.S.-China Climate Leaders Summit for short, fulfilled a key element of the U.S.-China Joint Announcement on Climate Change by Presidents Obama and Xi in November 2014, and helped to ensure that the ambitious actions to address climate change that both leaders committed to would be implemented at the state and local level, where they matter most. The Summit also showed the determination of both countries to continually deepen and strengthen cooperation on climate change, and to engage city, state, municipal, private-sector, and NGO partners in this critical effort.

Highlights of the 2015 Summit included keynote addresses by U.S. Vice President Biden and China’s State Councilor Yang Jiechi; the signing by 24 state and local leaders of a first-of-its-kind “U.S.-China Climate Leaders Declaration”; attendance by over 500 people at six “breakout sessions” on low carbon city planning and implementation; and the launch of the “Alliance of Peaking Pioneer Cities” – Chinese cities committing to peak CO2 emissions earlier than China’s national goal of 2030. A White House Fact Sheet summarizing the 2015 Summit is available here. 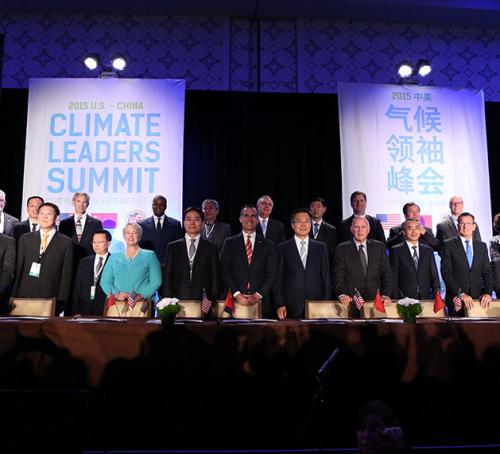